Services for Our Founder

Clubb’s Crafts & Variety, Clubb’s Furniture & FrameShop, and Clubb’s Fabrics will close for the day at 2 PM on Tuesday, December 13th.

All stores will reopen at 9 AM Wednesday, December 14th and resume regular hours.

Hartland H Clubb was called to Heaven by his Lord Jesus on December 3, 2016 while residing at his home in Montrose, CO.

Services will begin at 3 PM at Redeemer Lutheran Church, 1000 Pioneer Rd, Delta.  You are invited to stay for refreshments and conversation.  For a more detailed story, go to www.clubbstore.com/archives/5837.

Email ThisBlogThis!Share to TwitterShare to FacebookShare to Pinterest
Labels: VarietyStore

Hartland H Clubb has joined his wife of 60 years, Retha, in Heaven with Jesus today.

Hartland was born to Luther Augustus and Ina Olma (Myers) Clubb in Cascade, MO on January 13, 1924.  He was baptized into the Christian Faith at Zion Lutheran Church in Gravelton, MO.

He lived with his family in Cascade until moving with them to Olathe CO in 1932,   Their Aunt Hattie Whitener had written the family from Olathe to offer hope for the Great Depression in the words "We don't have much money, but we can grow our own food".  His family owned and ran several businesses including a cafe and boarding house, the Olathe Chevrolet dealership, Shamrock gas distributorship, and Allis Chalmers farm equipment dealership.  His father Gus, had just $13 in his pocket after they made the initial journey to Olathe.

He attended Olathe schools and went on to St. John's College in Winfield, KS to study business.  Sometime in the mid forties, the family returned to Missouri to settle in the Fredericktown area and own and operate a farm, chicken raising facility, and a feed mill, store, and feed distributor.  On October 12th, 1947, after his sister working at the telephone company overhead a conversation, he and his father began pursuing the purchase of the local Ben Franklin store and had made the deal by the weekend.  This landed Hartland, with the backing of his family, the owner/operator of the store on Friday, October 17, 1947.

On November 8, 1952, he married Retha A Downs, in Fredericktown, MO and began a family in their home in nearby Farmington, where the store was only a few blocks away.

In 1959 he sold the store to friends Berl and Peggy Powers and opened a new store in the booming Southern California area.  Always remembering Colorado, he began looking for a Ben Franklin store that might be for sale in the Olathe area.  Ben Franklin stores had been operated in Paonia, Delta, Montrose, and Gunnison for some time and he was able to negotiate the purchase of the Delta store from Fred and Mary Potter.  With the help of his sons James and Hartland Jr., he eventually purchased the stores in Montrose and Gunnison as well.    He then continued to develop those stores, closing the Gunnison store in 1979, and tripling the size of the other stores over the next 13 years.   Stepping back from the stores, he continued to develop businesses in farming, financing, and property holdings for the next 35 years.  Retha, the love of his life, passed on February 18, 2013.  They are both greatly missed but we share their joy in salvation through Jesus Christ.

Wife Retha A (Downs) Clubb preceded him in death.  His sisters, Hortense (Ross), Katherine (Bohs), Blanche (Trotter), and Betty (Kollmeyer) also precede him in death.  He is survived by sons James D Clubb (Emma Tallack) of Boston, MA;  Hartland Jr, daughter in law Michelle (Stitzer) Clubb, grandson Aaron Clubb and his wife Mary (Stephenson) and their daughter Catherine, and grand daughter Alisha Clubb.  While Hartland and Retha are both greatly missed, we share all joy in their salvation through Jesus Christ.  Services will begin at 3 PM at Redeemer Lutheran Church, 1000 Pioneer Rd, Delta.

If you have more stories or remembrances, please use the contact page and form in the menu at this home page and will try to share on this post.

I have spoken with Norman Shetley and he has reminded me that as of this writing, only 3 members of their Olathe High School class remain:  himself, Evelyn Atkins, and Gerald Holden.

If anyone is still looking at this post, I promised to add photos and notes as I discovered more information.  The picture below, was taken sometime in the Fall of 1953 with Dad holding the author while standing with Mom.  So young and fashionable! 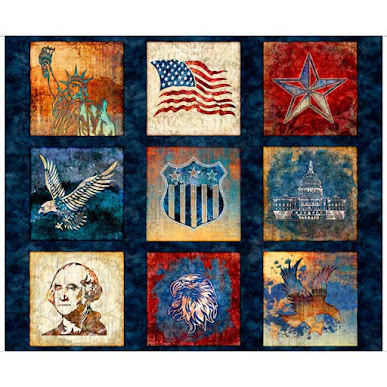